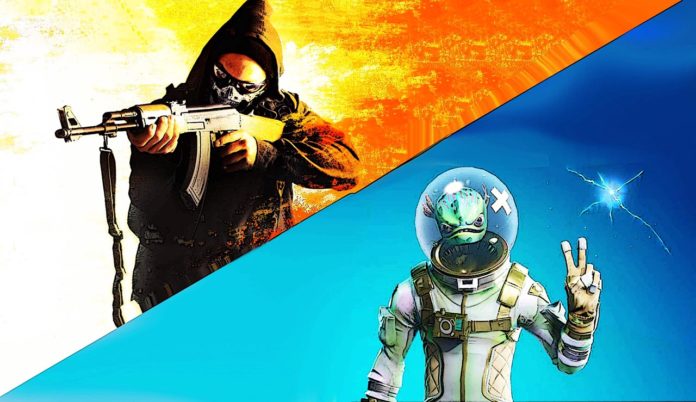 Counter-Strike is an older game series that launched its original game in 2004. The game series has more realistic visuals than Fortnite does. Thus, players can feel like they are “killing” somebody.

On the other hand, Fortnite Battle Royale is a relatively new game that launched in 2017. It has less realistic visuals than Counter-Strike does; so, players feel more like they are playing a tag game. The game has a giant map, where players launch off of a battle bus at the start. They can skydive to where they want to go on the map. And, there is a “storm” that narrows off into one part of the map. Players must “kill” each other to be the last one standing, or the storm and other situations can eliminate their health. The player who is the last one standing wins.

Despite being a free-to-play game, Fortnite Battle Royale generated high revenues. In May of 2018, it hit a revenue record of $318.3 million, in the one month alone. The free-to-play game generated its revenues from in-app purchases, including clothing and dance moves for avatars.

The Counter-Strike game is more harsh and aggressive than the Fortnite game. Some people prefer Counter-Strike for a more realistic visual interface, as Fortnite is less realistic. There are also comments that it is easier to play Fortnite than it is to play Counter-Strike.