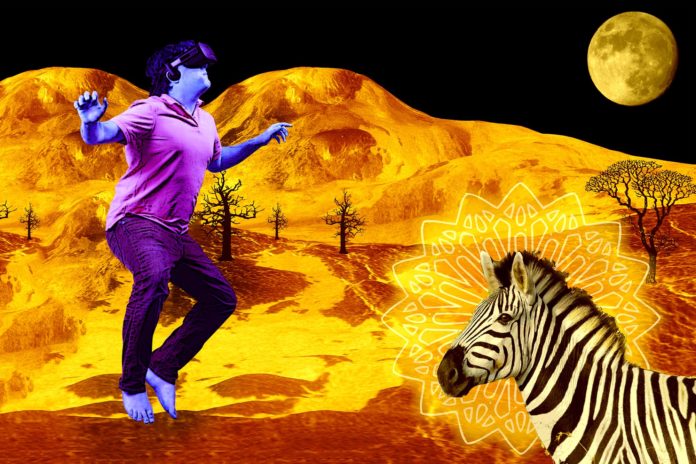 These days virtual reality is taking the center stage in many sectors. From entertainment to medical to architectural sectors, VR is becoming an important part of the real world. Now, let’s talk about LSD. Known as Lysergic Acid Diethylamide, this is a psychedelic drug of the ergoline family. It is widely known for its psychological effects including the following:

LSD is mainly used for recreation and specific spiritual reasons. The drug users either swallow the drug or hold it under their tongues. Despite not being addictive, the drug causes several adverse effects (including anxiety, delusions, and paranoia). And this is exactly what makes this drug similar to virtual reality. Just like VR headsets, LSD is demonstrated to have dire consequences. Thus, tripping out of VR seems to be the next best alternative. Below is the list of 5 things you probably didn’t know about LSD and VR:

Besides curing phobias, LSD and VR can be used for recreational tripping. Virtual reality, while not a hard drug, offers similar benefits as psychedelics.

Virtual reality was considered the next big thing back in the 1990s. Technophiles, including Shaman Huckster, promoted this idea of virtual reality. However, low quality and limited advancements in computer graphics hindered the development and spread of this technology. It required the installation of high-end graphics into the computer, which was not compatible with systems of the era.

Large customers of these tech innovations back in the 90s included the US military and commercial aircraft simulator manufacturers. Early works involved integrating artificial intelligence to an interactive desktop with a flight simulation system. This was used as an analytical tool used for evaluating aircraft. (Before this, in the early eighties, the realistic physical models, full 3D simulations and various integrated artificial intelligence toolkit provided a short trip into the world of virtual reality.)

By 1994, the virtual reality business was growing tenuous. Some of the projects, including the gaming, looked bad. Nintendo’s infamous virtual boy became a flop. Sega went ahead and canceled their planned project of developing a consumer VR due to health concerns. Perhaps the technology was not ready for the consumers at that moment.

Despite the applications of this technology becoming a success in the medical telesurgery and vehicle designs, the technology was highly expensive and somehow crude. Nonetheless, VR aficionados, including Bob Jacobson, gathered and sought to look into the future of VR. As mentioned, LSD and VR have seemingly similar effects, both positive and negative. However, LSD was outlawed. Various comments from resourceful persons, including those printed in the Wall Street Journal Articles referred to VR as an electronic version of LSD. VR is the new LSD.

Researchers have also created what they refer to as a simulated virtual trip. Of course, virtual technology can be used to create various realistic simulations and intriguing virtual worlds. Critics claim that VR could cause or reproduce schizophrenia, just like LSD. 4. Drugs and the Origin of Virtual Reality

There are strong affiliations that virtual reality has always been about drugs. The designs of various VR protocols and coded languages were based and deeply influenced by the psychedelic experience. The people who were involved in the early discoveries of VR included psychonauts and stoners, among others. Someone may conclude that the early developers of this systems were all “high.” Actually, most of them were actually high.

Silicon Valley’s tech evolution has been said to have been fueled by those experimenting with psychedelics, besides venture capitalists. Various books including What the Dormouse Said and Cyberia by John Markoff and Doug Rushkoff respectively made strong connections between the culture of psychedelics and Silicon Valley software development. Other publications and continuing researchers are also researching how various drugs might improve the experience of VR environments. Since the inception of VR, there has been a strong interest in the improvement of VR experience through the use of pharmaceuticals. However, publications articulating these statements are quite limited.

Nausea, or simulator sickness, is perhaps the most undesirable and notable effect of the modern virtual reality experience. This was probably among the early hindrance of this equipment in various sectors (most notably the entertainment sector). Many people were susceptible to disorientation and nausea. However, the increasing availability of anti-motion sickness chemicals has been of immense importance in reducing simulator sickness. Surprisingly, cannabis is highly regarded when it comes to reducing or countering simulator sickness.

There have been wide studies and researches to find out if psychoactive chemicals can enhance the effectiveness of virtual reality through increased sensations of immersion and presence. Depending on substance dosage, substances that alter spatial perception may increase or decrease virtual reality experiences. The legalization of cannabis in some states and the availability of modern low-cost virtual reality equipment have opened the door for greater promises in the renaissance of various innovations. Certainly, many people are going to try experiments. The combination of a virtual reality experience and a psychoactive substance, such as LSD or cannabis, may seem, to some, to be a match made in heaven. Cannabis may significantly reduce negative simulation effects and significantly improve one’s VR experience.

LSD and VR have similar effects that can be positive or negative. Just like psychoactive substances, virtual reality experiences may spark aggressive thoughts. Therefore, a person should exercise serious precautions when embarking on any sort of experience and experiment.